Home / Social Media Marketing / So, what is disrupting the publishing industry? 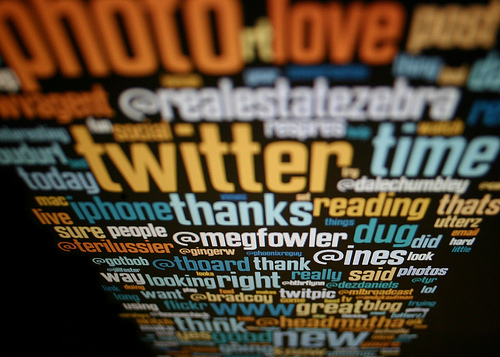 On Aug. 5, 2013, Amazon founder Jeff Bezos purchased The Washington Post, an act that shook the newspaper industry. This act cemented the trend of digitization of the publishing industry and the rise of new models for news consumption.

The publishing industry is presently in the midst of a major technological shift in which, increasingly, news and entertainment are being distributed on social networks and consumed on mobile devices

As a rule of thumb, the decay rate for old content is increasing nearly as fast as the creation rate for new content. Consumers’ appetites for content are bigger than ever, and they are consuming it on the go, at home, and in the workplace. They now have a myriad of choices about where to get information and the information is often free. This trend has impacted consumer expectations about delivery format, timeliness, interactivity, and fees or no fees. They also impact publishers’ P&L.

This may not come as a surprise, but print media is in decline. Print readership is steadily slowing, newspapers and magazines are shutting down, and experienced journalists are being laid off. The availability of new technology, the shift in audience consumption patterns, and the shift in advertising dollars to online and mobile are all valid factors. These factors are severely impacting the print business, which may soon be a niche market. Compare it to introduction of various technologies, for example, digital cameras that rendered analog or film cameras a thing of the past.

Print media has had a long history and has virtually been undisrupted. Even when the internet started gaining pace about 15 years ago, print stood steady. However, in recent years, starting in 2011, print media has been cannibalized by its digital counterpart. How to monetize digital content is what is being worked out in the industry, bit by bit. Online does not necessarily mean “free” anymore but there is still a lot of free content out there.

For example, in 2013, total revenue within the newspaper industry decreased by 2.6 percent, representing over a billion dollars. The New York Times, The Wall Street Journal, and USA Today  all experienced losses, with each of them cutting from 20 to 100 newsroom jobs in that period.

Traditional print publishing houses have had to evolve into integrated media companies. Magazines now are forced to produce in multiple media, across numerous platforms.

Digital means that there are new customers to acquire, who may not have previously subscribed to print, as is evident to publishers today. There also exists a “long-tail opportunity for new revenue,” for example, selling digital back issues of single copies, since print back issues are mostly not available today.

Entry of the New Kids on the Block- New Media Companies

BuzzFeed, Business Insider, Quartz, Upworthy, Complex Media, and Vice are some of the new kids on the block. These new media firms present stories slickly on computer and mobile screens and create a buzz on social media. Everything is built for mobile devices in mind. Technology is a core of the business and analytics, advertising, and content management are all woven intimately into the offering.  Internet native formats like lists, tweets, pins, animated GIFs, etc. are new formats complementing older ones like photos, videos, and long form essays. In essence, a marriage of technology and media is the new success model.

Content is very fresh, crisp, and worth sharing on social media by its growing pool of readers. Listicles, a short-form of writing that builds upon a list such as “Top 10 fashion trends in spring 2015” is combined with content to become an article. This form has become a mainstay of some new-media companies.

In August 2014, after a $50 million investment by investor firm Andreessen Horowitz in BuzzFeed, the company was valued at $850 million, roughly one-third the market value of Time, Inc, whose revenues are 30 times greater. This is a stark example of changing values in the publishing world.

However, all is not rosy in the new-media world. While traditional publishers have to force-fit old business models into a new digital world, new-media publishers are struggling with scale and building a loyal audience from scratch.

To be successful in the future, publishers have to go where the consumer goes. Smart phones with larger screens and more functionality are what consumers are using.

Millennials are the driving force behind mobile’s huge growth, using it as the primary platform for news consumption and social sharing. Current statistics indicate that 60% of time spent on social is via mobile and usage continues to rise.

In summary, the news industry has had a rough decade. Technological disruption has created chaos but also generated opportunities to test and drive new models. While content is still king, the shifting patterns in consumption from print media to digital technology/social media have to be addressed to thrive in this industry.

On a larger scale, outbound social media marketing platforms such as NewzSocial enable a corporate user to share news via multiple advocates, thus amplifying the reach and potential engagement for published content.

NewzSocial Powers Social Media for WITI Summit 2015
Warriors beat the Cavs both on the court and on social media!
Summary

Article Name
So, what is disrupting the publishing industry?
Description
On Aug. 5, 2013, Amazon founder Jeff Bezos purchased The Washington Post, an act that shook the newspaper industry. This act cemented the trend of digitization of the publishing industry and the rise of new models for news consumption.
Author
newzsocial
Publisher Name
newzsocial.com
Publisher Logo